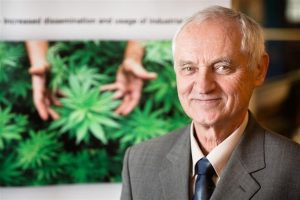 2017 marked the 25th anniversary of one of the most important discoveries in cannabinoid science. On March 24, 1992, Lumír Hanuš, a Czech analytical chemist working in Israel with American pharmacologist William Devane, isolated the first known endocannabinoid in the human brain. They named it anandamide, after the Sanskrit word for joy or bliss.